This Autumn/Winter is set to be a real treat for readers of crime fiction and the next three days, in particular! Today sees the release of acclaimed writer Mel Sherratt’s ‘Hush Hush‘, the first in a brand new series, tomorrow is the release of the next Angie Marsons’ Kim Stone series, ‘Fatal Promise‘ and, on Saturday, the next DCI Ryan book ‘The Hermitage‘ is being released by yours truly.

Now, that is what I call a good week!!

To kick things off, I thought it would be great to hear from Mel on her publication day so she can tell us all a bit more about her fab new book and about the lovely lady behind all those gritty crime thrillers! 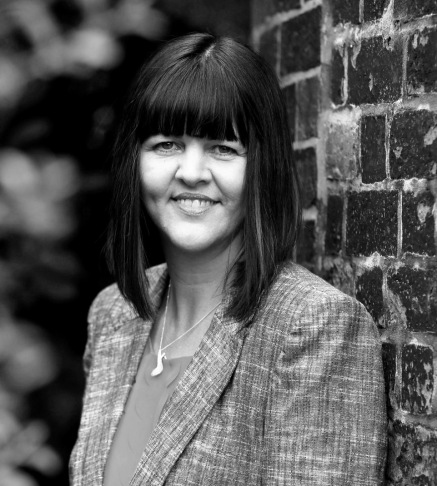 Bestselling author Mel Sherratt, who has sold over a million books

I’d better give you the shortened version… I’ve always wanted to write a book from a very young age, but life got in the way and also living in a working-class city, there weren’t as many options for careers in writing unless you moved out of Stoke.

I started writing my first book in 1999. I tried for twelve years to get a traditional deal with no success. Finally I decided to take my future into my own hands and self-publish my first crime novel, Taunting the Dead, in December 2011. It quickly became a bestseller in the Kindle charts, so I self-published three more in a different series, ‘The Estate Series’, and those did well too. Off the back of that I had publishers and agents contacting me. I’ve since had five two-book deals and also still self-publish as and when I can.

I’ve a book out today! Hush Hush is the first in a new series, set in my hometown of Stoke-on-Trent. It features DS Grace Allendale, who returns to Stoke and finds herself stuck between a rock and a hard place.

A killer is on the loose, attacking people in places they feel most safe: their workplaces, their homes. It’s up to DS Grace Allendale to stop the murders, and prove herself to her new team.

All clues lead to local crime family the Steeles, but that’s where things get complicated. Because the Steeles aren’t just any family, they’re Grace’s family. Two brothers and two sisters, connected by the violent father only Grace and her mother escaped.

To catch the killer, Grace will have to choose between her team and her blood. But who do you trust, when both sides are out to get you?

I absolutely loved creating Grace. She is warm, vulnerable, edgy but very much the girl next door. ‘Tick Tock’, the next book in the series is already written and out 4 April next year.

I genuinely can’t answer that because the main theme of the book is the reason why I wanted to write it and it will give the plot away. But the first ideas came because I based an earlier series in Stoke-on-Trent too. I enjoyed writing that so I decided to use the same setting and characters but swapping the DS. Then I added the premise I wanted to cover.

Yes, keep at it. It’s a ‘roll-your-eyes’ moment I know, but there are not many authors who haven’t had rejections and yet carried on behind the scenes. For most of the overnight successes, there were years of work behind them. So as long as it’s fun for you, keep on keeping on.

Writing takes time to get right and the world of publishing can be very longwinded, often brutal, and you’re only as good as your next book. So keep at it, learning the craft, honing the words, editing the prose and working with professionals to get a top notch package that a reader will love.

I’m not sure I would ask my Old Self anything but I would certainly tell her off for worrying. Self-doubt is a demon I battle with every day, even now it’s hard to keep at bay. So I would tell my Old Self to believe in herself more, realise she can achieve her goals and dreams, that no one is going to stop her and that she will eventually find a business woman inside her that will show her how to do it.

Oh, actually I would ask her to exercise more and not eat too many biscuits with the inevitable coffee breaks…

Gosh, that is a hard one. I didn’t think five years ago that I would be where I am now, and I still pinch myself at times to see how far I’ve come.

I’ve published 15 books so I guess another 10 published will make a nice round quarter of a century.

I was planning on doing other things alongside my writing – some non-fiction and teaching – but I found I don’t have the same passion for it. The storytelling is more important to me so it will be more novels. I just love to write fiction.

…Thanks Mel! The book sounds fabulous and it’s wonderful to hear how much you’ve enjoyed writing it. That’s fantastic advice to others who might be reading this and wondering if they, too, could write a story because everybody needs a bit of self-belief, now and then. Wishing you every success with Hush Hush and with all the books that follow!