I hope you all had a wonderful weekend! The sun has decided to show its face again here in Northumberland and I am at my desk once again with some *quality* nineties tunes pumping in the background, ready to face the week ahead. It feels like I blinked and missed the first couple of months of the new year, particularly since there’s still snow on the ground outside, but when I check the calendar it is indeed mid-March! That’s what happens when you don’t lift your head from a computer screen for long stretches of time, I guess.

Since it’s Monday, that means it’s time to introduce the next in our series of Author Introductions. Today, it’s a pleasure to welcome Joel Hames to the blog. Joel lives in rural Lancashire with his wife and two daughters. After a varied career in London which involved City law firms, a picture frame warehouse, an investment bank and a number of market stalls (he has been known to cry out “Belgian chocolates going cheap over ‘ere” in his sleep), Joel relocated from the Big Smoke to be his own boss. As a result, he now writes what he wants, when he wants to (which by coincidence is when the rest of the family choose to let him). His first novel, Bankers Town, was published in 2014, and The Art of Staying Dead followed in 2015. The novellas Brexecution (written and published in the space of ten days following the UK’s Brexit referendum, with half of the profits going to charity) and Victims were published in 2016 and 2017 respectively. 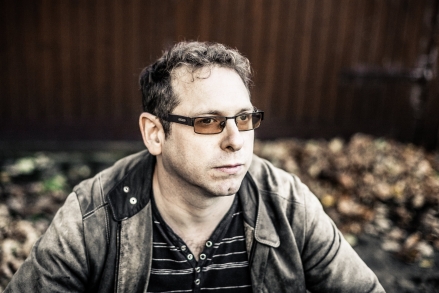 I studied English at Oxford University but after a brief and dispiriting internship with a publisher in the mid-nineties (I was asked to make the decisions on a decade-old slush pile, with no experience or sense of what made a commercial novel, and felt this was immensely unfair to the authors), I decided to swallow my pride and became a lawyer. After a few years of that I jumped ship and became a banker, bought, sold, ducked and dived, and gave it all up in 2009 when I moved to the Forest of Bowland in rural East Lancashire, where I now live with my wife and two daughters.

I have two novels and three novellas out, and a new novel launching on 22nd March and available for preorder now. I’m also chair of governors at the local primary school, where I volunteer a couple of times a week, and the compliance officer for my wife’s private equity advisory business.

It’s out this very week, so the timing couldn’t be better!

Dead North takes down-on-his-luck lawyer Sam Williams from his native London to Manchester, and then to the hills and moors of Bowland, helping an old friend try to unearth the mystery behind the cold-blooded murder of two police officers on a remote country lane. It’s part police procedural, part exploration of motive, of what makes normal people do the apparently abnormal, of what makes us tick. Its style has been described as “Chandleresque” (Raymond Chandler, not the guy from Friends), and it’s attracted rave reviews from writers such as John Marrs (“It’s going to leave me with a thriller hangover for some time”), S E Lynes (“intelligent, intricately woven”), Louise Beech (“a breathlessly paced read that also has heart”) and John Bowen (“a pacy thriller, rich in voice”).

Real life – possibly Elon Musk, who seems to have realised that because they’re often useless or corrupt, and always short-term in their outlook, governments can’t be trusted to do the important work we need to safeguard the future of the human race. For decades everyone wondered why electric cars hadn’t taken off: thanks to him, now they have. Intercity transport and the real likelihood that, should we last the next century or so, we’re going to have to start colonising other worlds, are problems that he’s put his money and ingenuity into solving.

Of course, knowing my luck, Elon Musk will be embroiled in some hideous scandal tomorrow, so I’ll hedge by adding an alternative: Malala, who has brought to global attention more than anyone else in history the need to ensure that people who comprise half the population of the world are educated to the point where they can fulfil their potential.

In fiction, either Miss Marple, for her understanding of people and her preservation of genteel village values in places in which they’re already falling away, or Joyce’s Leopold Bloom, for his ability to navigate a hostile, bewildering world with equanimity and general pleasantness.

Kazuo Ishiguro, whose talent for gently guiding the reader, inch by tiny inch, towards moments of astonishing revelation and emotional significance is unparalleled.

JK Rowling, for the consistency of her plots and characters, and particularly for the fact that her writing is so close to perfect you don’t even notice it. Pick up one of her later books, something you breezed through and loved but didn’t really notice the prose, stick a finger in a random page, and read out loud what you’re pointing at. It’ll be breathtaking.

Shakespeare, because he wrote everything, really, and he wrote it better than anyone else ever will.

I enjoy playing the piano, cooking, mixed martial arts (my ten-year-old and I will both be shooting for black belt in May), lounging around with a good book or TV programme, drinking wine and solving cryptic crosswords.

My kids. Joint effort, to be fair.

The Hitchhiker’s Guide to the Galaxy.

Loads. Just loads. The quality coming from publishers large and small as well as from the independent writers is just astonishing. If I had to pick just one, I’d go with Susie Lynes’ Mother, which captured time and place so perfectly, which drew me into the lives of her characters, and which handled the complexity of an unreliable narrative in a way I’d never seen done so well.

John Lanchester’s Capital, because it shows the intricate links between people from every walk of life, and the fact that ninety-nine per cent of the time, even if you disagree with them, they’re only trying to do their best.

Bones, off Star Trek. I’m no Trekkie, but from what I can remember, he seems to spend most of his time relaxing in his cabin with an expensive malt or sampling exciting cocktails in the galaxy’s most exotic bars, while everyone else is off risking their lives in a quarry somewhere.

I agree, I thought Mother was an excellent book from Susie Lynes. The wonderful thing about the world of publishing is the breadth and accessibility of choice nowadays. I still love browsing around a bookshop, don’t misunderstand me, but I happen to think it’s a very good thing that readers aren’t limited only to those books that are placed prominently in eye line on a shelf or table; there is a world of brilliant literature out there that is at our fingertips. In fact, I’m looking forward to delving into much more of it over the coming months once the next DCI Ryan book is finished, including Joel’s new book Dead North – ll the best with it, Joel!

Wishing you a wonderful week ahead,