After a weekend spent proofreading and playing endless games of Snakes and Ladders with my son, it’s the start of another week and I have a busy one ahead of me – I’ll be heading up to Northumberland for An Evening with L J Ross at Forum Books in Corbridge, followed by an event at Newcastle City Library as part of the Books on the Tyne Festival which is ongoing at the moment and featuring lots of exciting events and authors! There is also the small matter of picking up the keys for our new house…hurrah!

For now, it’s time for me to make the next Author Introduction and, this week, I’m delighted to be joined by the lovely Louise Jensen. I’ve had the pleasure of getting to know Louise over the past couple of years through being part of a charity anthology together and as part of a recent panel at the Althorp Literary Festival and I admire how she manages to juggle being such a loving mother to three children as well as a bestselling author – it’s what we all strive for! Let’s find out a bit more about the woman behind the writer… 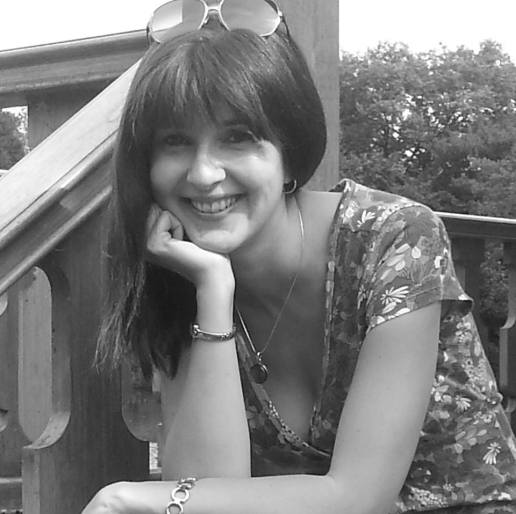 Louise is a USA Today Bestselling Author and lives in Northamptonshire with her husband, children, madcap dog and a rather naughty cat. Louise’s first two novels, The Sister and The Gift, were both International No.1 Bestsellers and have been sold for translation to sixteen countries. The Sister was nominated for The Goodreads Awards Debut of 2016. Louise’s third psychological thriller, The Surrogate, is out now.

Hello, my name’s Louise Jensen and my most important job is as a mum to my three boys but secondly I write psychological thrillers. I always wanted to be a writer when I grew up and when that didn’t happen I got a ‘proper’ job instead. Several years ago, an accident left me with a disability and I began writing again to distract myself from my chronic pain and compromised mobility. But writing turned out to be more than just a good distraction. My first two novels, The Sister and The Gift were both International No.1 Bestsellers and have been sold for translation to sixteen countries. The Sister was nominated for the Goodreads Awards Debut of 2016.

The Surrogate is newly published. It’s a story of Kat who can’t conceive but is longing for a family, and Lisa, her best friend who offers to be her surrogate. This book was so much fun to write. I thought I had control but the characters are each strong willed and took me on the ride of my life. Everyone has a secret and even writing it, I wasn’t sure who to trust. The ending has come as a real shock to readers but no-one was more shocked than me! As all my stories are, it’s a blend of mystery and unease, but also an emotional story about friendship and how far we’d go for those we love.

In real life, EVERYONE who writes. There’s a fabulous network of writers on social media and daily I read posts from those who are struggling to fit writing times around families, jobs and finances. Those who are celebrating career highs. Those who are experiencing the lows. There’s so many people out there following their dreams and I cheer on each and every one of them.

In fiction, Jo March from Little Women. She’s so feisty and confident. I longed to be like her.

Marian Keyes – I read her stories and one minute I’m laughing, the next there’s a lump in my throat, then I’m laughing again. She’s a genius.

Harlan Coben – His Myron Bolitar series has me hooked. Pacey, funny and surprisingly touching in places. An easy read when I’ve had a long day.

Finley – My 11-year-old son is hugely talented. Last week he wrote the opening to a story that is so creepy and mysterious my husband read it and thought it was the opening to my new book. He’s super talented, with an amazing vocabulary, and I’ve no doubt I’ll be reading his books one day.

My favourite thing to do in the whole world is to sit around the dining table with my family, sharing good food and a nice bottle of wine (the adults!). Now the kids are growing it’s often hard to get them in the same place, at the same time.

Professionally – My debut, The Sister, selling half a million copies in its first few weeks of release and reaching No. 1 around the world.

Little Women – Louisa May Alcott – it’s the first book I’d read that wasn’t a mystery and made me cry! It made me want to become a writer.

The Maid’s Room is a debut by Fiona Mitchell based on her experience of living in Singapore. The language is rich, imagery beautiful and already I’m eager for her second book.

As a former Mindfulness Coach I’d have to say Mindfulness for Dummies written by my mentor Shamash Alidina. Gratitude, compassion and love for each other. Spread the word!

…Thanks for taking part, Louise! It sounds like there may be another budding writer in the family – Finley is one to watch! 😉

Wishing you all a healthy and happy week!