After the kids went back to school last week (eliciting a collective cheer from parents and children, alongside a collective wail from teachers throughout the land) I can almost feel people gearing up for the run-up to Christmas.

Yes, I used the ‘C’ word, even though it’s only September.

On which point, I should mention that I’m like Will Ferrell on acid when it comes to Christmas. Clearly, this does not derive from any religious feeling (sorry, my Christian friends) but from a sense of general goodwill and cheerfulness towards my fellow man. Despite my best efforts to extend this magnanimous tolerance for longer than a two-week festive period, I tend to run out of steam by mid-January and therefore I must enjoy the good humour while it lasts!

Still, there’s plenty to be cheerful about, even without the promise of a reindeer-toting beardy bloke and shiny lights. For instance, the leaves are starting to turn a beautiful golden brown on the trees, we’re in the middle of buying a new home in Northumberland (with all the stresses and excitement that brings) and I’m writing the next DCI Ryan novel (‘Dark Skies’) and enjoying the process immensely. I won’t go so far as to say it gets easier each time you write a book, but I will say that there’s a comfort in knowing that you have managed to write six books previously and there is tangible proof that you can do it.

Speaking of all things reading and writing, last Friday was ‘International Literacy Day’ and I ran a competition on my Facebook author page (if you don’t follow me there, it’s worth checking out as I often run giveaways and share news about forthcoming releases). Although there are so many dates on the calendar, I do believe ILD is worth celebrating because it affects us all. A strong society needs a strong, capable workforce. But, with over 750 million – yes, million – adults worldwide still lacking basic literacy skills, including those in our own first world country, how can we hope to create a stable environment for our children? Even if the socio-economic argument does not move you, consider it in simple human terms: imagine if you struggled to read a menu or an instruction manual; if you couldn’t teach your children to read because you couldn’t read the books yourself or the letters sent home from school telling you how to help your child, let alone help yourself. It would be isolating, at the very least. As with any challenge, we need to talk about the problem more openly and make educational schemes not only available but accessible.

For now, let’s celebrate some of the writing that is being produced out there with our next Author Introduction! Each week, I am spotlighting authors across various genres, each having experienced different routes to publication. This week, I am delighted to welcome Simon Maltman to the blog. 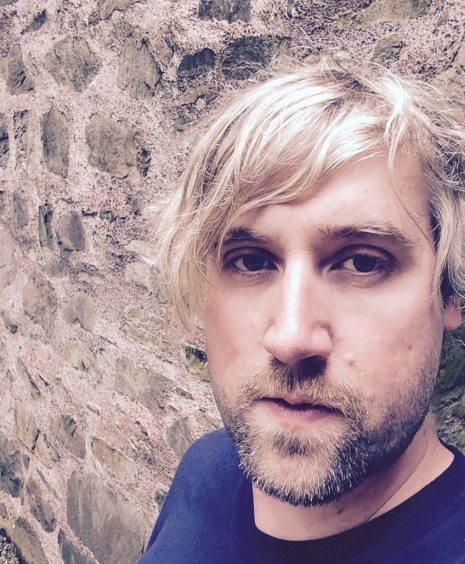 Simon is a best-selling crime fiction author and musician from Northern Ireland. A Chaser on the Rocks was his debut novel and was released to critical acclaim. Before that, his crime fiction short stories were featured in magazines and anthologies, as well as some of his poetry. More Faces was released recently and features twelve of his shorts alongside a novella, Bongo Fury, both of which were Amazon bestsellers. One of his short stories was featured in the best-selling charity crime anthology, Dark Minds. He is an established musician with his band ‘The Hung Jury’ and lives in Northern Ireland with his wife and two daughters.

Hi everyone- thanks for having me! I’m a crime fiction writer from Northern Ireland. So far, I’ve had published: one novel, a short story collection and a novella. I worked as a manager in social care for thirteen years but at the moment I’m concentrating on the writing, while being a stay-at-home dad to my two lovely girls. I also do a bit of music on the side.

My novella was the last one to be published. It’s called Bongo Fury and I decided to self-publish that one. The sequel is also going to be out in a month or two. It’s a little bit grittier than my other stuff but hopefully people will find it funny as well. It’s about a paramilitary-linked, music shop owning, drug-dealing dad, who also does a bit of private detection! I haven’t got a better, more concise blurb than that!

[Blogger’s Note: the description is awesome!]

That’s hard. There are so many inspirations in life and in fiction. In fiction, Philip Marlowe would certainly be a contender. Real life- flip! I have so many music heroes and people like that, but then there are people who have really made a difference socially. Pass! Well… my greatest musical hero was Prince and, luckily, I saw him twice as he’s the best performer/singer/guitarist/writer!

I’d probably say: 1. Raymond Chandler- because his language is just so wonderful and clever and his imagery is incredible. 2. Richard Stark- because he manages to create very engaging, fast-paced thrillers in a really sparing way. 3. Iain Banks- because his books are so enthralling and the characters are varied and interesting.

Spending quality time with my family, for sure. I also sometimes enjoy getting away from them at times and going out for dinner or to the cinema with my missus- simple tastes! I also love going out to my ‘man cave’ with friends, listening to records and playing some pool.

It would have to be my kids- I’m very lucky. Professionally, I’m proud of the things I contributed to people’s lives in social care services. Of course, having my first novel picked up by a publisher and getting launched and all that experience was absolutely brilliant too.

I used to love the ‘Mystery Squad’ books, where you picked where you wanted to go and how you solved the case. Then it told you at the end how good a detective you were, or not. I thought they were class!

I’ve recently started reading Jo Nesbo and he’s becoming one of my favourites. I’m reading The Snowman at the moment. I also just read Here and Gone by my fellow countryman Stuart Neville and it’s a fantastic thriller.

Haha, if it was Theresa May, I’d maybe give her one of my old philosophy books to give her a nudge! Something by Foucault or maybe Kant. If Jeremy Corbyn got in to office, I’d make him a coffee and try and get him to read one of mine!

That’s another hard one. I’ll go for Jo Cotton’s character Holly Martins, in The Third Man. It’s my favourite movie and he’s a hack paperback writer who ends up being the hero.

…Thanks, Simon! Great answers there and some great inspiration for any budding authors reading this article: there are many ways to publish and you can continue to pursue other hobbies and spend time with family without sacrificing your dream to write!

Wishing you all a lovely week ahead,