I hope you’ve all had a great weekend – mine was spent celebrating our son’s fourth birthday with a pirate-themed / magic party. Where the heck did all that time go? We had a wonderful day and, thanks to the efforts of our magician (‘Magic Marie’), the children’s party stress levels were kept to a minimum! All hail Magic Marie!

Now that Monday has come around once again, that means it’s time for our next Author Introduction. This week, I’m pleased to introduce Mark Fowler. Mark writes crime/mystery fiction as well as psychological thrillers and gothic/horror. He is the author of four novels (Coffin Maker, The Man Upstairs, Silver, and Red is the Colour) and more than a hundred short stories. 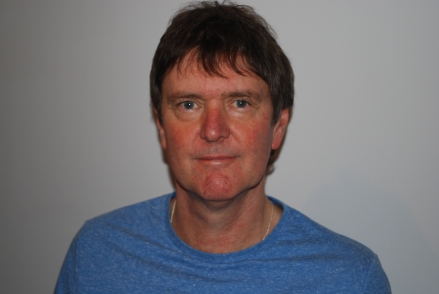 Let’s find out a little more about this talented author…

I was born and raised in the Domesday village of Penkhull, in the heart of The Potteries, otherwise known as Stoke-on-Trent. This area forms the setting for my latest book, Red is the Colour. After graduating in Philosophy at Leicester University, I met my wife, Fiona, and we have a son who recently graduated – Philosophy again, it must run in the family, though unlike me he managed a First!

I have been writing for most of my life, including poetry, songs, sitcoms and over a hundred short stories. These days I am primarily a novelist. Coffin Maker, my first published novel, is a book that may be tricky to classify. It has been described as just about everything from gothic fantasy to postmodern fable. I don’t know of anything else quite like it. I am still very proud of that book. I followed it with The Man Upstairs, my take on the ’40s/’50s hardboiled detective story, with a twist. My third book, Silver, blends a dark psychological thriller with a hint of the supernatural. It is also a satire on the publishing industry and centres on a family’s reluctance to allow publication of the unfinished and uncharacteristically dark novel that bestselling author Joy Haversham was completing when she was mysteriously killed. Her unfinished manuscript, Silver, has become the Holy Grail of the publishing industry.

My latest book, Red is the Colour, was published July 25th, 2017. Though I have incorporated strong crime fiction themes in a lot of my writing, my new book is the first that remains entirely within the crime fiction genre. I wanted to create a series of crime mystery novels set in the city, and indeed the village, where I live. With this opening book in the series I decided to use the discovery of the corpse of a school boy, missing since 1972, to explore the theme of bullying. It is a subject that I feel very strongly about. 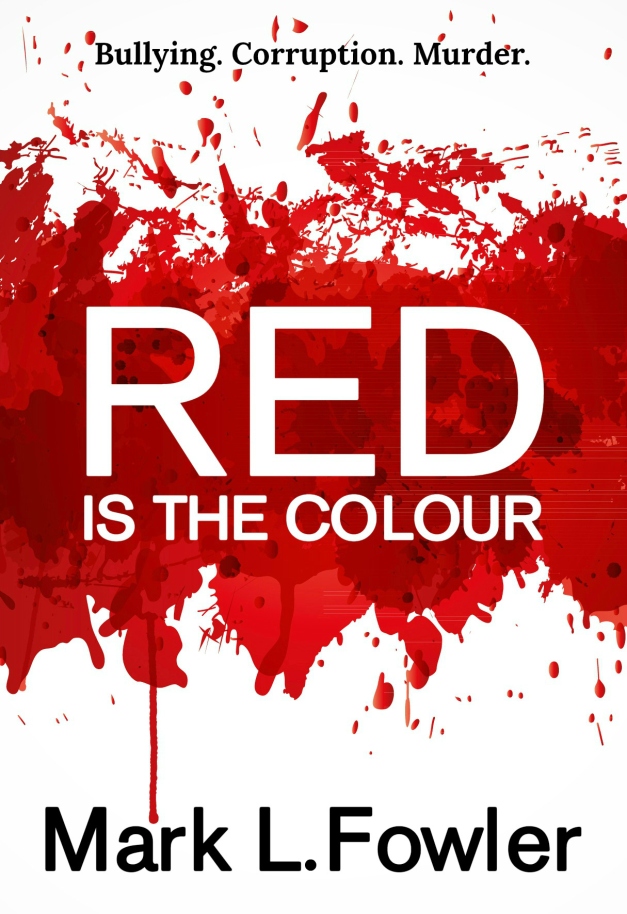 The book features DCI Jim Tyler, haunted and enigmatic, a man with demons in his past, who leaves his post in London under a cloud, relocating to Stoke on Trent. He teams up with DS Danny Mills, a local detective who is almost the antithesis of Jim Tyler. It is fair to say that the two detectives don’t exactly hit it off, at least to begin with. Yet they have more in common than they realise and have their own personal reasons for wanting to face The Bully, and to find justice for the victims.

My real life hero was my father. Leslie (Les) Fowler was a quiet, unassuming man, who had a somewhat difficult life. His own father died as a result of inhaling mustard gas in the First World War, dying when my dad was only five years old. As a young man my dad was whisked off to fight in Burma in the Second World War, contracting endless doses of malaria. He appeared content with what he had in life, which wasn’t always that much in material terms, and he loved his family. He worked, in his final years, as a watch maker. He loved taking things apart to see how they worked, before putting them back together so that they worked even better. He could be a moody soul at times, same as me, but his generosity and compassion were second to none.

My hero in fiction might just be Philip Marlowe, so, having tipped my hat in the direction of Raymond Chandler, I must now choose others for the next question.

That is a difficult one. I tend to think more in terms of favourite books. But my shelves do contain a number of Stephen King, Ray Bradbury and Jim Thompson books, which must mean something. All three are wonderful storytellers and I generally feel in good hands when I pick up one of their books. They create memorable characters and breathe life into them, and don’t deal in mechanical plots. Humour is an important ingredient for me in any genre, and with King, Bradbury and Thompson it is there in spades. It is often very dark, too – real graveyard humour. I believe that there is a real art to this, pushing the boundaries sometimes but walking that fine line of taste. These three rarely fail in that respect, employing gallows humour to great effect, providing a necessary balance as none of these writers flinches from entering the darkest places and casting a light for the rest of us. These wonderful writers appear to follow their own stars. They have a clear style that is all their own, and don’t follow the crowd. Good advice for all of us, perhaps.

5. When you’re not writing, what is your favourite way to spend your time?

When I’m not writing I spend as much time as I can with family and friends. I love reading, of course, and watch a fair bit of film and TV, with crime and comedy (and a bit of horror) tending to top the bill. I play piano and guitar, though not in any bands these days, sadly. I also love taking an idea for a story out for a long walk – whatever the weather!

My greatest writing achievement? I am proud of all four of my published novels. Naturally, I’m particularly excited about my latest book, which fulfils a long-held wish to write about the place where I live and the city and village that is in my blood. It is probably my most honest book so far.

A favourite book of mine as a child was The Treasure Hunters, by Enid Blyton. It was set on a farm, and a lot of my best childhood holidays were spent on a farm owned by an aunt and uncle. In some ways it is a crime novel, the heroes of the story finding a map indicating lost family treasure that could help save the farm, and then uncovering sinister goings-on as other, less scrupulous individuals, also have designs on finding the treasure. Though not with the intention of using it to save the farm! For the two child heroes of the story, what begins as holiday fun turns into a matter of life and death. Finding the treasure could save the farm, and I wished as a child that I could have done the same.

Many books recently have captured my imagination, but to single one out I would go for A Judgement in Stone, by Ruth Rendell, which I recently came across, though it was originally published in 1977. It is such a clever book by a master of crime writing.

If the Prime Minister knocked at my door, I think I would hand over a collection of short stories by Ray Bradbury. I would prescribe at least one to be taken nightly, just before sleeping, to encourage the imagination, compassion, humanity and the right kind of nostalgia. Those stories break down barriers, facades, puncture pride and ego and enable us to laugh at ourselves and at the same time recognise how precious we all are. And how fragile.

If I could be a character from a movie I would be Gandalf. Wisdom, warmth, empathy, compassion – what a hero!

…thanks, Mark! Some really interesting and thoughtful answers there. I love the concepts behind your novels and, as I’m also a big Raymond Chandler fan, it looks like I’ve just found some more reading material! But first, back to the work-in-progress…

Have a great week!